What is BII (Breast Implant Illness)? 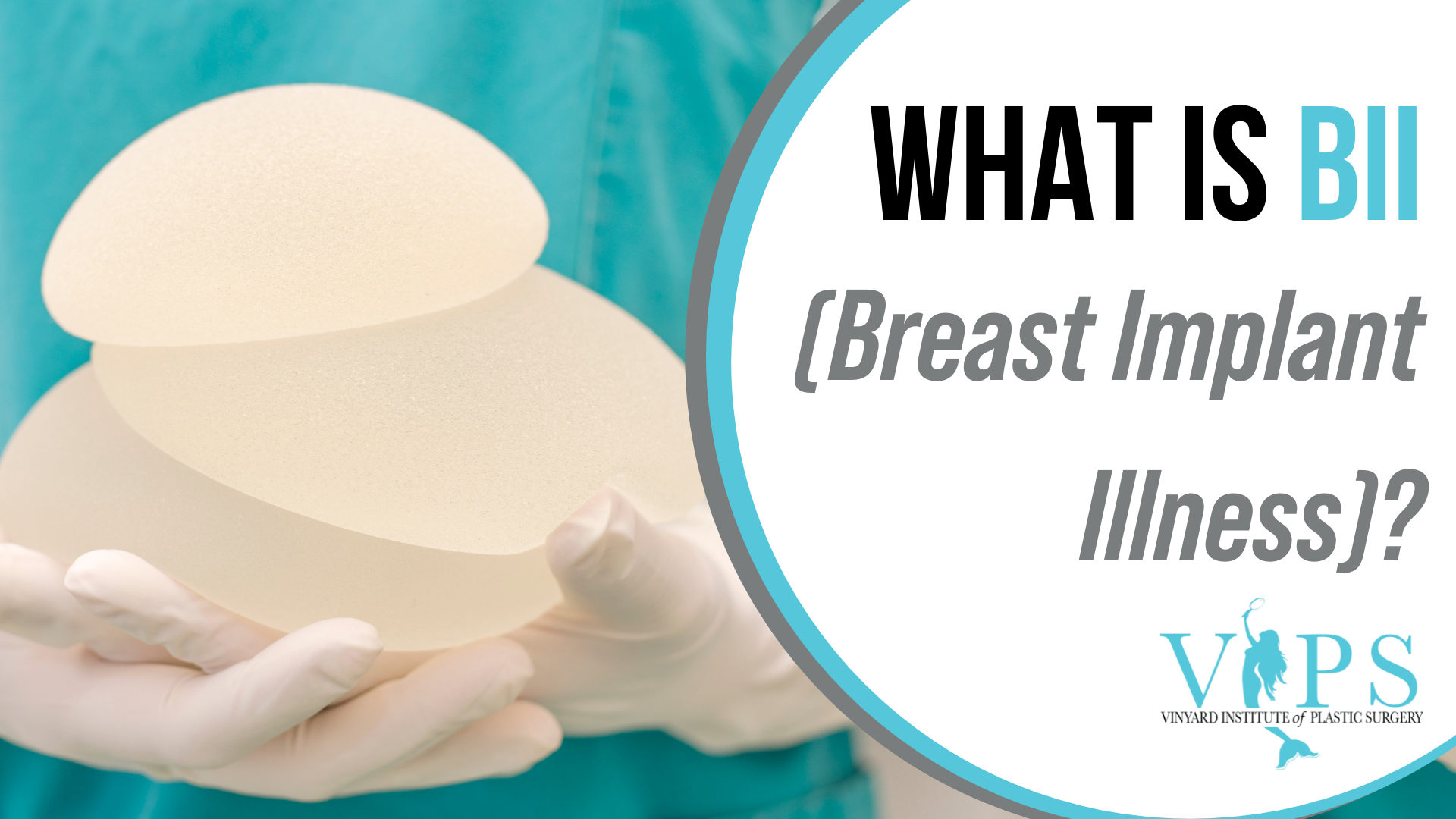 Contrary to popular belief, “breast implant illness” isn’t an “illness” in the traditional sense. Instead, it’s a term used to describe a broad range of symptoms that can develop in women after breast implant, breast augmentation, or breast reconstructive surgery. Unfortunately, it is not a thoroughly studied phenomenon — so even though doctors have done what they can to educate themselves to prevent BII, some questions remain unanswered. Nonetheless, women, doctors, and scientists alike are all learning more about BII every day to help women worldwide understand, prevent, and cope with BII.

Since BII isn’t an “illness” and is relatively unexplored, there isn’t solid, collected information on how many women experience BII. However, there are relatively large BII advocacy groups on Facebook, with over 50,000 reported cases of women sharing their BII stories. While that number isn’t exactly insightful for women looking to vary probability, it is beneficial to know that BII isn’t considered “common” enough for the FDA to reconsider the safety of breast implants and breast augmentation. Nonetheless, the FDA is working on better product labeling, early detection technology and recommendations, and a national registry of women with implants to help with device tracking.

Who Can Get Breast Implant Illness?

Breast implant illness isn’t necessarily a random phenomenon. While there are women who can develop BII seemingly out of nowhere, this is not often the case. Doctors who have investigated BII have found that women with a history of autoimmune conditions in the family are more prone to developing BII. Additionally, women with connective tissue disorders, such as lupus, rheumatoid arthritis, and scleroderma are more likely to develop BII symptoms. However, some women who seek breast implants or breast augmentation do not know they are prone to autoimmune conditions or connective tissue disorders and do not discover this until after they have developed BII. Breastcancer.org recommends that women with “allergies, and conditions such as irritable bowel syndrome, migraines, chronic fatigue, or fibromyalgia” be warier of breast augmentations due to the seemingly higher chances of developing BII. Breastcancer.org also reassures breast cancer patients that “There’s no evidence that a history of breast cancer or any other cancer makes you more likely to develop BII.”

While scientists and doctors aren’t entirely sure what causes BII, they have their suspicions. Poorly made breast implants, poorly inserted breast implants, outdated implants, outdated techniques, and certain breast implant textures all contribute to the possibility of developing BII. Breast implant breakage, lumps, and unnatural moving can also trigger BII. While the FDA closely monitors the ingredients in breast implants, the performance of specific companies, and the health practices of breast implants, there are cases of unreported implants used by cheap doctors, FDA-recalled implants, or just bad practices. In these cases, the woman is more likely to develop BII than a trusted doctor with safe implants. Even for women who have not developed BII, it is crucial to check on implants regularly and permanently replace them when needed. Having a good surgeon, primary doctor, and top-quality cosmetic surgery team helps lower the chances of BII due to safe practices, honorable implants, and impeccable hygiene.

Since BII encompasses a broad range of symptoms, it affects different women in different ways. Some of the most commonly reported symptoms according to breastcancer.org are:

What Should I Do If I Have Breast Implant Illness?

Any woman who struggles with BII should contact both her primary care physician and her plastic surgeon right away. For most cases of BII, surgery to remove the breast implants and replace them with new ones resolves the symptoms. For others, removing breast implants is the best route. Doctors can help identify what is causing the BII — whether it be a personal reaction, a problem with the implant, a bad reaction to the implant texture, etc. — and provide the patient with the best route of action.

Suppose any woman is experiencing sharp pain, unusually achiness, odd lumps, or any other symptoms associated with her breast implants. In that case, she should talk with her primary care physician and plastic surgeon right away to assure that proper care is administered right away, even if the issue is not BII-related.

Making Strides In The Community

Even though there currently isn’t much information surrounding breast implant illness, that is soon to change. In 2019 the FDA released a statement noting that the agency’s officials are “taking steps to better characterize [BII] and its risk factors, and are considering ways to help ensure women have all of the information they need to make informed decisions about whether to obtain breast implants or to remove existing breast implants in an effort to reverse systemic symptoms.” In October 2019, the FDA also published a “draft of recommendations to implant manufacturers for new labeling for breast implants. In addition, the agency advised manufacturers to include information about the risk of systemic symptoms in a boxed warning and in a patient decision checklist that would be included in patient information booklets.” And finally, many research centers around the United States have been releasing new studies surrounding BII and breast implants, shedding further light on this mysterious “illness.”

With safe doctors, good practices, and trustworthy implants, many hope that BII will soon become a problem of the past and women can enjoy safe, healthy breast implants for years to come. 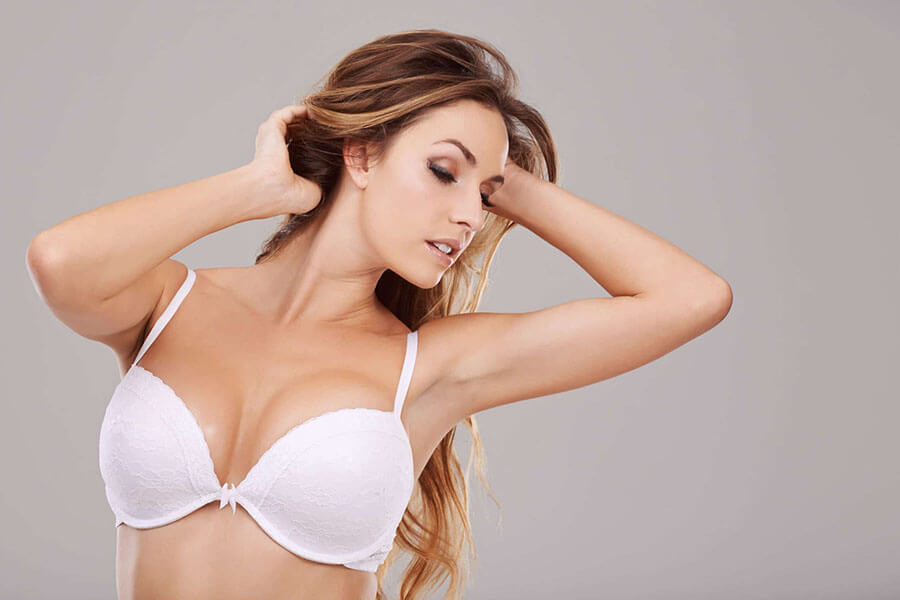 Would you like to learn more about breast implants and how we here at VIPS do our part to prevent BII in our patients? We prioritize patient experience and safety, and we want to help you find the proper treatment. With our award-winning treatments, experienced team, and renowned trustworthy practices, we can help you investigate whether breast augmentation is right for you. Book a complimentary consultation with Dr. William J. Vinyard, MD, FACS, to discuss more of what we can do for you! 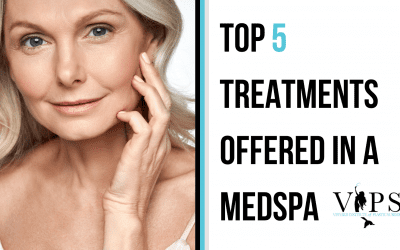 Top 5 Treatments Offered in a MedSpa

The aesthetic options are nearly endless – from a DiamondGlow facial to laser skin resurfacing and non-invasive body contouring without undergoing the downtime and expense of cosmetic surgery! A medspa may be just what you need to achieve your beauty and anti-aging goals! 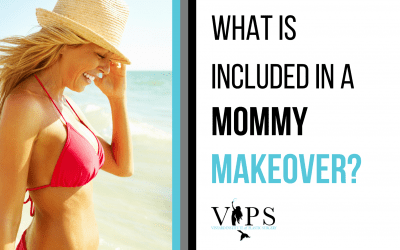 What Is Included in a Mommy Makeover?

The Mommy Makeover is for women who want to regain their pre-baby appearance and see their self-confidence go through the roof. But what does the mommy makeover entail? And what body areas do mommy makeovers address? Join us today, and we will walk you through the most popular mommy makeover procedures! 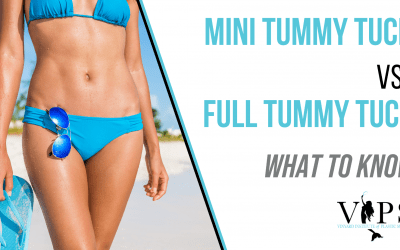