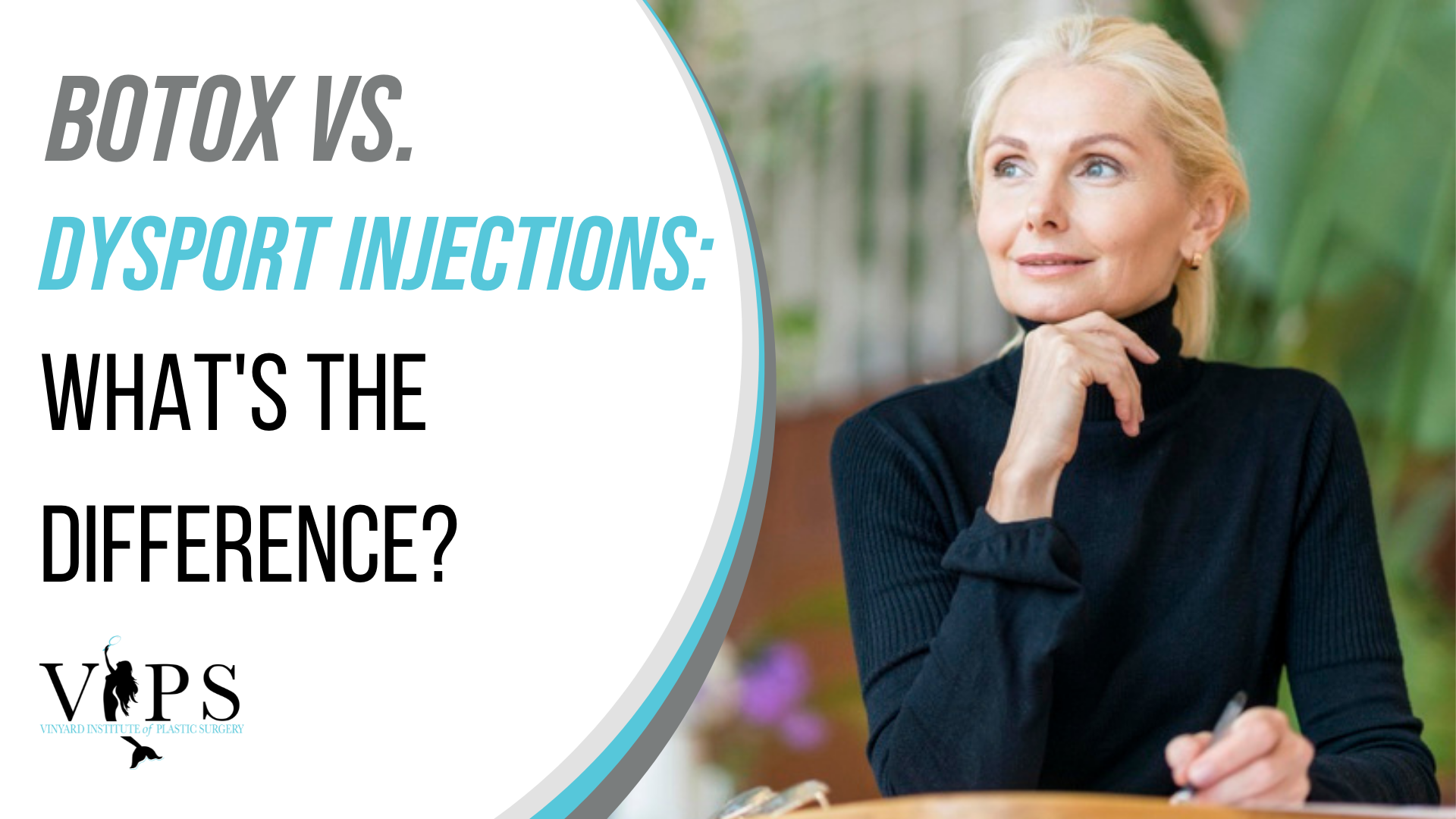 The world of cosmetic treatments has seen a massive influx in BOTOX and Dysport injections, the highly sought-after nonsurgical treatments that paralyze specific facial muscles to improve fine lines and wrinkles on the face. BOTOX and Dysport are both well-known treatments used to address facial wrinkles. BOTOX is the original wrinkle treatment, first used in 1989 for this purpose, while Dysport was first introduced in the U.S. in 2009. In this article, we’ll look at what BOTOX and Dysport are and how they differ from each other in various ways.

BOTOX is a highly effective wrinkle treatment that uses Botulinum toxin type A to reduce or eliminate the appearance of wrinkles in particular parts of the face, such as the forehead, sides of the eyes (Crow’s feet), and between the eyebrows (also known as the “11’s” or “bunny lines”). BOTOX works by inhibiting muscle contractions between the nerves and the muscle, making it possible for BOTOX to relax those areas on the face.

BOTOX is used for other ailments besides treating wrinkles. For example, BOTOX can be used to treat migraines, muscle spasms, excessive underarm sweat, TMJ, and more.

Similar to BOTOX, Dysport is a neurotoxin that helps improve the appearance of wrinkles when injected into the same aforementioned muscles of the face. Dysport is one of several injectable treatments offered at the Vinyard Institute of Plastic Surgery!

BOTOX vs. Dysport: A Comparison

Despite their different origins, BOTOX and Dysport are similar products that offer effective options for those looking to reduce or eliminate the appearance of wrinkles on the face. So let’s explore the differences between these two injectable treatments and assess what works better for you!

How Long Does Each Procedure Take?

Both BOTOX and Dysport procedures take 15-30 minutes per session. It’s a perfect lunch break beauty stop because there is no downtime!

What Areas Can Be Treated?

The two procedures have the same indications and can be injected in the same places, targeting:

How Many Doses or Units Are Needed?

The dosing is different between the two types of proteins and will depend on the area being treated and the desired results. BOTOX and Dysport doses will also depend on your practitioner’s recommendation. However, BOTOX is known for having a more consistent product. This means that two BOTOX units are equal to 5-6 Dysport units.

Which Treatment Is Safer?

Both BOTOX and Dysport are safe when appropriately injected by a medical professional trained to administer injections. Both are safe and effective when stored, reconstituted, and injected correctly.

How Fast Can I See the Results?

Dysport seems to work within about 3-4 days faster than BOTOX, but a patient receiving either treatment should wait two weeks to see the best results.

How Long Do the Results Last?

BOTOX and Dysport both last for approximately 3-4 months.

What Price Differences Should I Expect?

The prices of Botox and Dysport may vary based on unit price but end up being approximately the same in terms of areas of correction. You should expect very similar pricing between the two options.

Which Treatment Is More Accessible?

Both BOTOX and Dysport are widely available. BOTOX is produced by Allergan Inc., the same company that makes Latisse and the well-known Juvederm line of dermal filler.

Dysport is less commonly used than BOTOX, likely because it simply has not been around as long as BOTOX. The leading manufacturers of Dysport include Ipsen Biopharm Ltd., Medicis Pharmaceutical Corporation, Galderma S.A., and Sanofi Aventis Deutschland GmbH.

BOTOX vs. Dysport: Which Should I Get?

Both BOTOX and Dysport are great options for treating wrinkles, but it is best to speak with your practitioner about which option is right for you.

BOTOX may be the better choice if you are looking to treat more than one area of the face at a time, whereas Dysport is most effective when injected into small areas to maintain specific muscle function. For example, if you want to relax your forehead muscles but want to maintain significant eyebrow movement, then Dysport may be a better option for you. On the other hand, if full wrinkle reduction and smoothness are what you desire, then Botox may be your preferred treatment.

Some people may experience different results depending on where they get BOTOX and Dysport, but the only way to truly know how they work for yourself is by getting a consultation with an experienced injector. 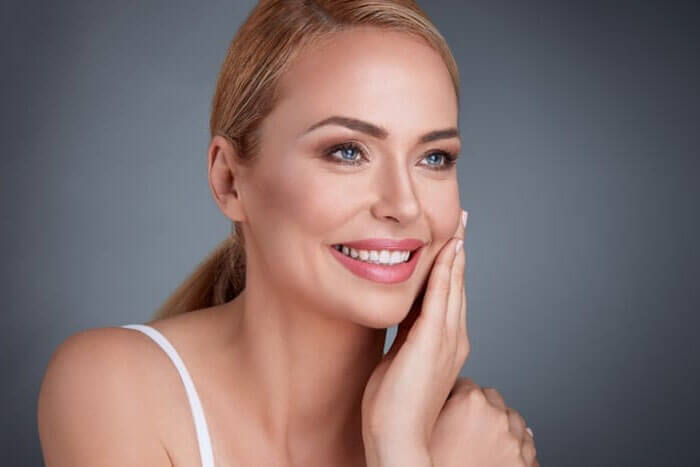 If BOTOX or Dysport sounds like the right choice for your aesthetic goals, let us know! We would love to help you get started today and answer any questions you may have. The expert team at the Vinyard Institute of Plastic Surgery (VIPS) will choose the most desirable product to achieve your goals. So take control of your appearance today by contacting us! You may also read more of our blogs to learn more about BOTOX and Dysport. 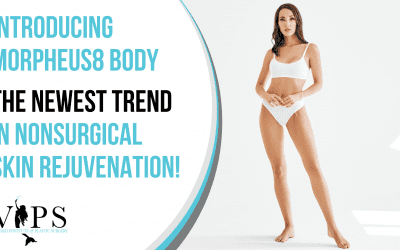 For convenience and aesthetic purposes, many patients are increasingly interested in nonsurgical interventions, such as the revolutionary Morpheus8 Body treatment. Morpheus8 Body is trusted by A-list celebrities, such as Kim Kardashian, Jessica Simpson, and some of Netflix’s “Too Hot To Handle” contestants, to get great results in addressing loose and drooping skin. Below is everything you need to know about the cutting-edge Morpheus8 Body treatment! 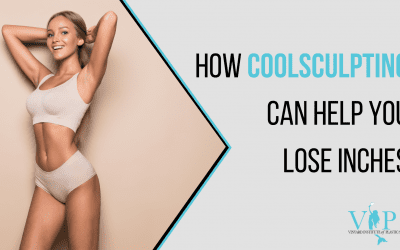 How CoolSculpting Can Help You Lose Inches!

The CoolSculpting treatment is an excellent option for men and women who are near reaching their ideal body weight but struggling to eliminate unwanted fat in stubborn pockets or areas. It is also the perfect treatment for non-invasive fat reduction requiring little to no recovery time. 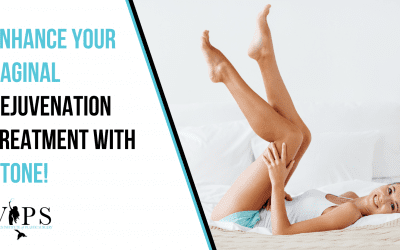 Whether you are way into your vaginal rejuvenation journey or are just now considering it, VTone is a no-brainer to add to your treatment plan!